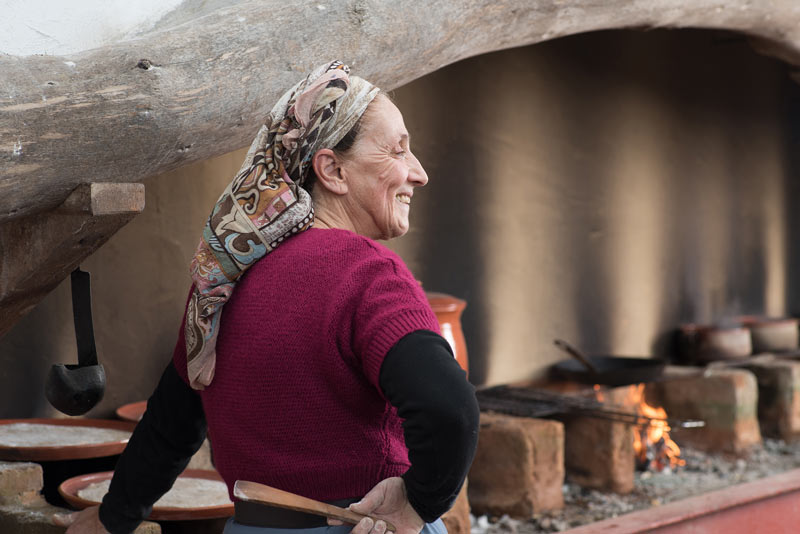 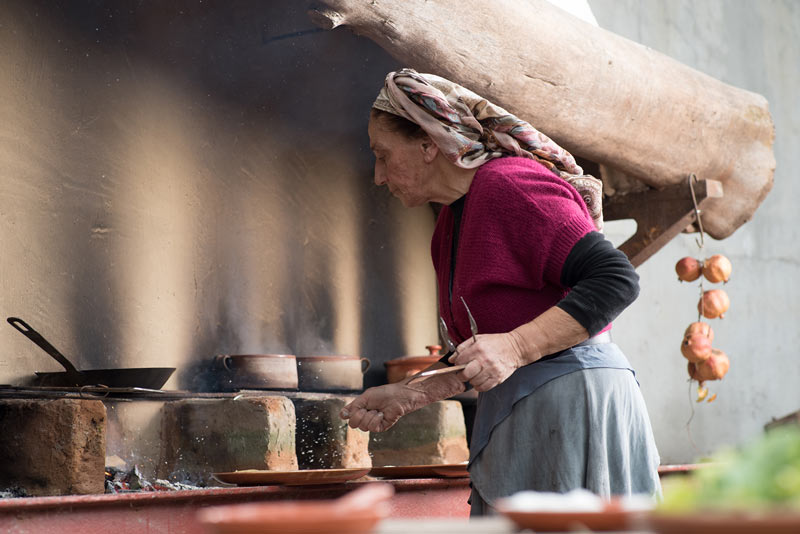 A few words from Anna Bastakis...

I feel blessed to have been born in the whereabouts of Knossos in a small village called Skalani. During my childhood, the fairytales of my grandmother intertwined the myths to the findings of the excavations in which her grandfather and father took part as labourers.

So I was fortunate to grow up with King Minos and his daughters, the tradition of their gold rings, with beautiful princesses like the ones on the Parisian fresco of Knossos, with the Minotaur, and the numerous workshops that forged all royal and religious artefacts.

Later when I went to school, I realised that all these took place thousands of years before. Till that time I believed that the Palace and the royal family were distant relatives of mine and lived with my ancestors.

The feelings I had during my childhood never abandoned me, and throughout my life, I have been thinking of ways to highlight and bring this incredible civilisation which I was deeply familiar with, to life.I embarked on a long term study of the pictograms of the rings, the seals and frescos of Minoan daily life. I aimed to understand what each posture meant. I have been sympathising with every Minoan woman and man who were depicted in these works of art, and I have tried to decode the feeling of every religious moment I have been studying. The pictograms and depictions of the rites of the Minoans have been my basis of information.

When I came to the realisation of what I was supposed to do, a miracle happened. Many individuals whom I had barely known at first but later became close friends and collaborators, joined me on this effort. All of whom were experts in specific fields, shed light on a variety of areas to contribute to bringing the most beautiful ecumenical culture to life. 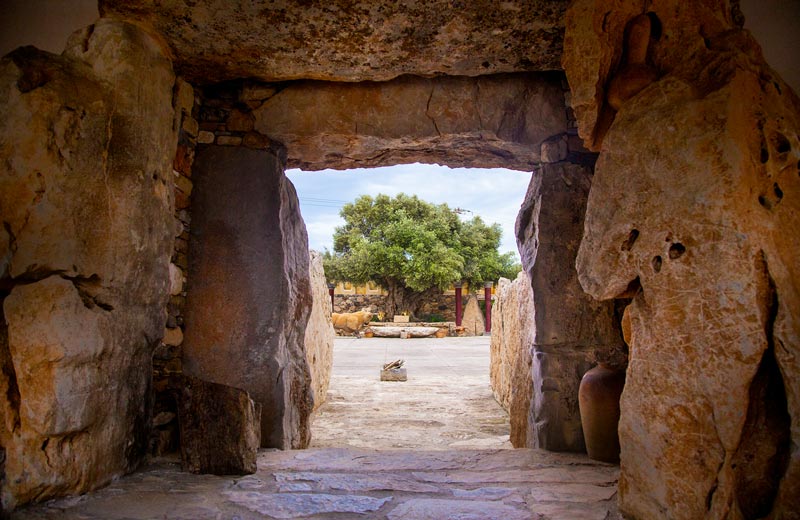 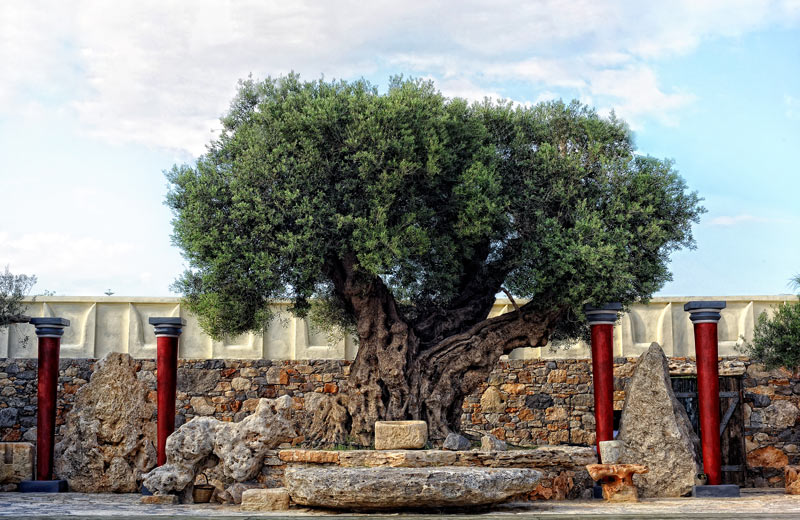 At some point I had the theatre constructed. The architectural advise I was given did not meet the standards the world of my soul dictated. So I was left to my own devices, and I designed along with the stone mason this jewel we call the Minoan Theatre today. For six months workers carried stones from the sacred mountain of Jukhtas – the holy mountain of Knossos. Each stone was hand-picked and carefully put in place so as not to be damaged. In this way, their energy was kept intact, and now it is transmitted in the theatre.

Similarly, the Minoan show was created. The costumes are near exact copies of the outfits the Priestesses and Bull – leapers wear on the frescoes in Minoan Palaces. An inspired musician composed the score exclusively for the performance. The artists perform with great respect and esoteric concentration. Other individuals contributed to manufacturing the Bull, accessories, providing scientific information etc..

Minoan Cuisine also enhances the experience. All meals are prepared in replicas of Minoan pottery, and the guests feel that someone from that era was left behind to teach us all that was lost in the devastation of the Palace.

I know exactly what I have to do as if there is some kind of guidance. It’s as if it’s not me that I act but someone else – a woman of that era who through me expresses her spirit. 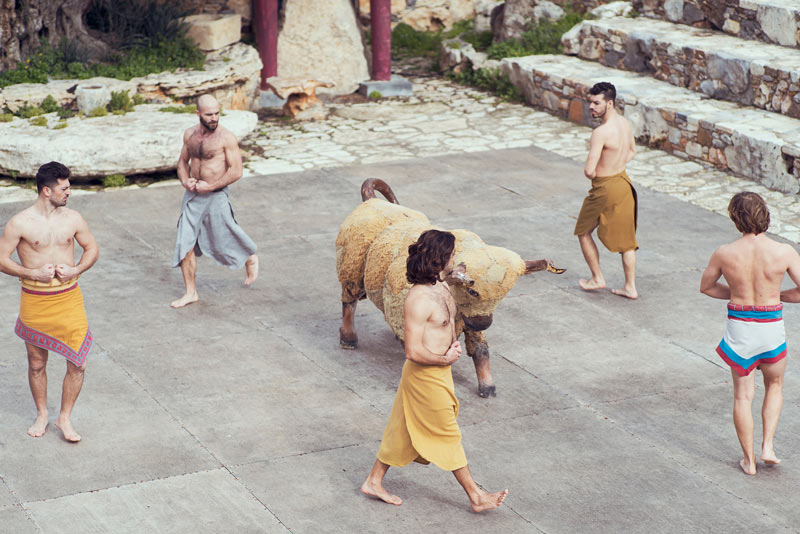 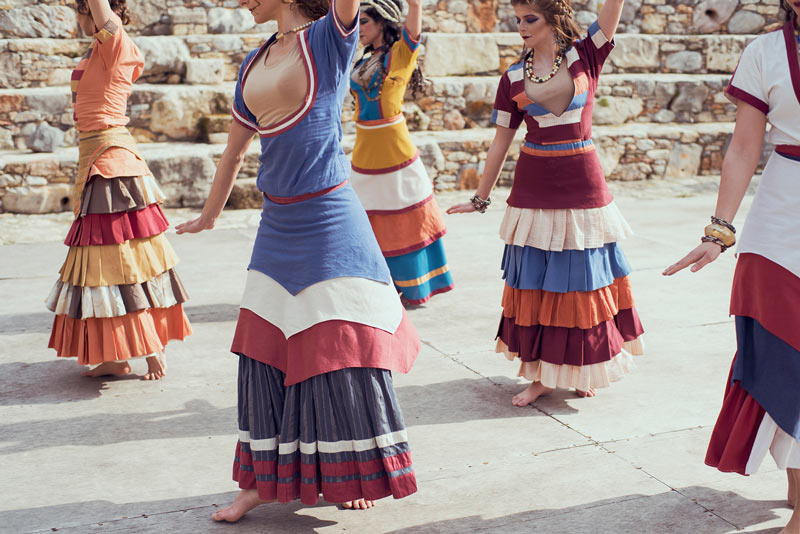 Come and live the Minoan Experience…